A Tribute to Serge Renaud

It is with sorrow that we have learned of the death in France on 29 October 2012 of Professor Serge Renaud, patriarch of the Renaud Society, at 84 years of age.  In addition to being a colleague and close friend of many of us, he was celebrated as a pioneer in scientific research on the prevention of cardiovascular and other diseases.  His innovative mind opened up new fields of inquiry that have greatly broadened research into the role of wine, alcohol, fatty acids, and other nutrients in preserving health and preventing disease.

Over many decades, Professor Renaud was the scientist who initiated much of the work relating the consumption of wine and other types of alcohol to cardiovascular disease and other of the diseases associated with ageing.  He was the scientist most associated with the role of red wine in protecting the French from coronary artery disease (the "French Paradox"), and a leading figure in studying how other dietary factors relate to health.  His innovative concepts have sometimes taken many years to be appreciated by other scientists.  He made a major contribution with his research demonstrating how alpha-linolenic acid, monounsaturated fats, and other components of the "Cretan-type Mediterranean Diet," play key roles in promoting health.

Serge Renaud was born in Cartelègue, Haute Gironde, France, and after starting his medical training in France moved to Montreal, Canada, and later to Boston, Massachusetts, USA.  He returned to France in 1973 and became director of the INSERM unit in Lyon, France, where much of his research was carried out.

In an excellent tribute to Renaud in the Lancet in 2000, Bruno Simini points out his major contributions investigating the association between wine, diet, and thrombosis.  Simini quotes Serge as saying: “If I hadn't lived with my grandparents and great-grandparents on a vineyard near Bordeaux, perhaps this idea wouldn't have occurred to me.  When you see people reach the age of 80 or 90 years, who have been drinking small amounts of wine every day, you don't believe wine in low doses is harmful.”1

In 1991, Serge Renaud appeared on the popular US television program, “60 Minutes,” in a segment entitled the “French Paradox.”  When asked by Morley Safer, the host, what was the real reason that the French have rates of coronary artery disease so much lower than those in other developed nations, Renaud replied: “I think it is the alcohol.”  And when Morley Safer closed the segment holding a glass of red wine and saying, “The protection of the French from heart disease may rest in this inviting glass,” the response in the US was remarkable – nothing such as this had ever been stated in the country that earlier in the century had made any alcohol consumption illegal through nation-wide prohibition.  Following the television program, sales of red wine rose immediately by 40 per cent! 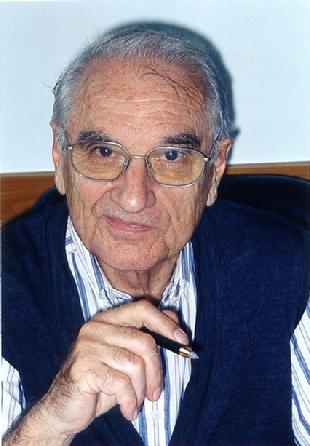 In addition to his studies on wine and alcohol, Professor Renaud, noting the very low rates of heart disease among participants from Crete in the “Seven Countries Study,” initiated the Lyon Diet Heart Study in 1985 to determine the effects of a diet based on that of Crete on the course of disease among patients who already had coronary disease.  There were very dramatic reductions in subsequent coronary problems and in total mortality among subjects given the “Cretan-type diet,” which contained increased levels of an omega-3 fatty acid (alpha-linolenic acid) to replace some of the fats from meat and dairy products.

As quoted in the Lancet tribute by Simini, Professor Renaud said the results of these studies on heart disease and cardiac arrhythmias made him “wonder about the origins of civilisations.  It is intriguing that ancient Asian and Mediterranean civilisations used natural oils in cooking—colza and olive—with similar fatty acid compositions.”  [Colza oil is closely related to the widely used rapeseed oil and canola oil.]  And because of his belief in ancient wisdom when it comes to diet and health, Renaud ends his book Le régime santé2 with a warning: “Don't look for a pill that replaces [the Cretan diet]. There is no such thing.”

People around the world have profited, and will continue to profit, from the lifelong scientific work of Serge Renaud.  For those of us who knew and worked with Serge, we all cherish our memories of Serge the person, and of Serge the consummate scientist.  The Renaud Society will continue to honor the life contributions of its patriarch, Professor Renaud, with academic and fraternal pursuits  that would be very pleasing to him and respectful to his memory.