LAURELS: He’s a Chancellor and a Chevalier 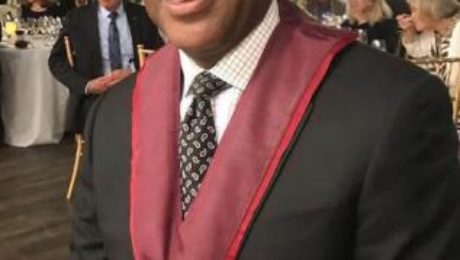 Amid the International Wine and Health Summit held May 4-7 at UC Davis, the Renaud Society welcomed Gary S. May into its ranks as a chevalier, recognizing his role as chancellor of a university with leading programs in viticulture and enology, and health.

“We are a society of medical professionals with an interest in better health and a passion for wine,” the organization proclaims. It is named after the researcher Serge Renaud, known as the “Father of the French Paradox,” theorizing that wine can contribute to improved health.

Indeed, as reported by UC Davis’ Andrew Waterhouse, presentations at the wine and health summit held here led to the general conclusion of an association between moderate consumption of alcohol — particularly wine — and reduced mortality.

Renaud Society logo, "Better Health, Passion for Wine"“This association is largely due to reduced heart disease, with numerous studies and meta-analyses continuing to confirm the effect first reported by Renaud more than 40 years ago,” said Waterhouse, professor of viticulture and enology and director of the Robert Mondavi Institute for Wine and Food Science, which sponsored the summit in partnership with the College of Agricultural and Environmental Sciences, the Desert Heart Foundation and the Renaud Society.

Waterhouse served as the summit co-chair with Tedd Goldfinger, the society’s grand maître (master). It was Goldfinger who, during a gala dinner at the International Center, surprised Chancellor May with his new title, represented by a neck ribbon and tastevin (wine tasting cup, attached to the ribbon).

Chancellor May, in his welcome remarks that night, noted the university’s agricultural roots and continuing research on grape growing and winemaking.

What do you get when a former Los Angeles studio guitarist collaborates with his favorite drummer – who just happens to be a founding member of one of the most iconic rock bands of all-time – and creates a refreshingly innovative style of smooth jazz?

Watson’s Riddle’s eclectic fusion effort offers 56 minutes of groove-oriented sonic bliss that evokes an equally wide range of human emotion. It’s the kind of music that can be described as being just what the doctor ordered. As cliché as that might sound, in the case of Watson’s Riddle, it’s literally true.
Watson’s Riddle, conceived when Cardiothoracic Surgeon Douglas Appleby, M.D., encouraged his friend and guitar instructor Steve to write music that was “emotionally engaging, relaxing and transforming to the human soul, and would enhance the pleasure of a nice glass of wine.” Watson wrote some of the album’s material during the good doctor’s weekly lessons and eventually took the project to Riddle who brought in Leavell and Lawter. 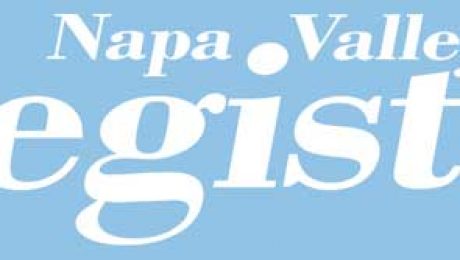 Hundreds of medical and scientific research studies have been published during recent years, all attesting to the benefits of red wine in association with health.

Most have involved studies on wine’s effect on the heart, but others have addressed such diseases as cancer, stroke, diabetes, multiple sclerosis, osteoporosis, Alzheimer’s disease and dementia.

But none of this would have ever been acknowledged if a little-known directive from the National Institutes of Health in the mid-1970s had remained in effect.

What was perhaps the most famous study regarding wine and heart health, the Framingham (Mass.) Study in 1974 revealed that the “big four” risk factors for heart disease are high cholesterol, high blood pressure, cigarette smoking and abstinence from alcohol.

But when officials at the NIH commented on the study, they said, “Refer to only three major risk factors and remove all reference to alcohol. With all the abuse in this country, we must not say alcohol prevents (coronary heart disease). If you must comment on alcohol, say it has no effect.”

This was among many facts revealed at the recent International Wine and Heart Health Summit at Silverado Resort, bringing together 125 cardiologists, cardiovascular surgeons and others from around the nation to hear experts in the medical field express their views on wine and health.

The Framingham information was part of an overview of the entire wine and heart health issue presented by Dr. R. Curtis Ellison, professor of medicine at Boston University School of Medicine, one of the principal speakers.

The Framingham study wasn’t the first instance of a connection between wine and lower incidence of CHD; Dr. Arthur Klatsky, of Kaiser Permanente in Oakland, had reported findings on the connection in the early 1970s.

Others followed, but it wasn’t until 1991, with the broadcast of the now-famous French Paradox segment on 60 Minutes, that the breakthrough occurred that brought the wine-and-health issue to the forefront. The program showed that despite eating food with high saturated fat and getting little exercise, the French had a lower mortality rate from heart disease and fewer heart attacks than Americans.

The broadcast raised immediate awareness of the connection between wine and health, and red wine sales shot up by 40 percent. “It became politically correct for scientists to describe the beneficial as well as harmful effects of alcohol consumption,” Ellison said.

Ellison said he became interested in the French Paradox concept, and during a trip to France he met with Dr. Serge Renaud, the French scientist who was interviewed on the 60 Minutes broadcast. They planned a cross-cultural epidemiologic study in France, the U.S. and other countries.

He said when they applied to the NIH for a grant to identify the key factors explaining the low rates of CHD in France, they were advised that NIH would not support research that might show alcohol was good for health, and the application was rejected.

Ironically, the NIH recently partnered with Harvard Medical School to conduct a research project that studied overweight mice that were fed a high fat diet — some were supplemented with resveratrol, the compound in red wine that has been cited in many of the published studies as aiding heart health. The mice that received resveratrol supplements were found to have better health and survived longer than overweight mice that did not receive the resveratrol. The widely-publicized study was published last November in Nature Magazine.

Ellison displayed a chart showing mortality rates from heart disease of men and women between ages 35 and 64, indicating that France, Spain and Italy all had lower rates by considerable margins than the U.S. He told the heart health summit attendees that “ecological comparisons suggested that wine intake was an important factor in explaining the difference between countries.”

He said that “hundreds of epidemiologic studies have shown uniformly that moderate drinkers of any type of alcohol have much lower risk of CHD and that some studies, especially in Europe, show additional advantages from wine.”

Alcohol intake also brought about lower rates of repeat angioplasties and of narrowing of arteries after a stent has been implanted, he said.

A question was raised from the audience about whether procyanidins, one of the compounds in red wine, are more beneficial that the highly-publicized resveratrol, quoting from a book, “The Wine Diet,” by Dr. Roger Corder, of the William Harvey Research Institute in London.

‘Whole package good for you’

Ellison replied, “The whole package of red wine is good for you. Even if you take the world’s worst wines, they still help to prevent heart disease.”

Dr. Francois Booyse, of the University of Alabama, added, “There is no such thing as the healthiest wine. They all have the same compounds and you get the proper amount (of compounds) in all of them. It’s a combined function of many diverse things in the package.”

Ellison told the group that more frequent drinking equals more benefits and fewer risks, but that binge drinking — three or more drinks in two hours — negates any benefits of alcohol and increases harmful effects. The bottom line, he said, is to drink small amounts frequently.

His advice: Don’t smoke, stay lean and avoid obesity, exercise regularly, eat a diet low in animal fat with lots of fiber from fruits and vegetables and whole grains, and consume one-half to two drinks of an alcoholic beverage daily.

And, of course, since he was speaking in Napa Valley, we all know he meant wine.